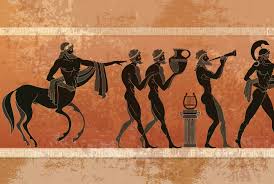 Based on a Naaleh.com shiur by Rebbetzin Tziporah Heller

The Grecian exile was not a physical exile but rather galut hadaat-an estrangement from our own ability to draw conclusions. Getting out of our spiritual exile means changing the way we think. During the Second Temple period, the Jews were separated from each other and from Hashem.  Additionally, the Greek way of thinking-the human centered world, began making inroads into Jewish society. While Greek philosophy allows for some transcendence because humans are spiritual, a Jew lives life completely centered on Hashem. Hashem lives with us moment by moment.   Our conflict during the Grecian exile was whether to rise above self or to worship self. The more resistance there was to “Greek think” the more the Greeks tried to suppress “Jew think.”

Antiochus outlawed Shabbat, Rosh Chodesh, and Brit Milah. Why these mitzvoth?  Shabbat is a time of unification. It is the day when we see that Hashem’s light is everything and that all human creativity is just a projection of that light. The Greeks believed in the supremacy of man. Milah is seeing the body as holy, an emanation of Hashem’s Divine will. Greek thinking held that the physical body itself was primary. Rosh Chodesh signified that the Jews defined time differently in terms of sanctity. The Greeks never held that spirituality had any place within time.

Greek thinking would have said, “Use whatever oil you find, Hashem will understand.” Jewish thinking said, “We must do Hashem’s will. We will only use oil sealed by the Kohen Gadol.” The Maccabees did not approach war believing they would win. Their motto was, “I am in this world to make choices that are true. The results are up to Hashem.”

And that is why they ultimately emerged victorious.