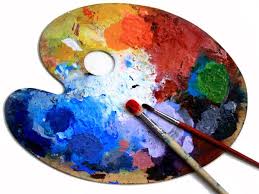 On Nov. 18, 1995, Itzhak Perlman, the famous violinist, appeared on stage in New York to give a concert. Pearlman wears braces and walks with crutches, remnants of his bout with polio as a child.

The audience waited quietly as he laboriously trekked across the stage, settled his crutches on the floor, and undid the clasps on his legs. He then signaled to the conductor and began to play. Suddenly one of the strings on his violin snapped. The unmistakable sound ricocheted through the hall. You would think he would have halted the concert, limped off the stage, replaced the string or violin, and then started again. But not Itzhak Perlman.

He paused for a moment, closed his eyes, and then motioned to the conductor to pick up just where they had left off. Playing a symphonic piece with merely three strings is nearly impossible. But Perlman refused to capitulate. The audience watched in wonder as he modulated, changed, and recreated the symphony as he played. It seemed as if he was de-tuning the strings to extract something it had never given before. Perlman was at his peak as he played with poise, passion, and purity.

When he finally completed the symphony, the audience sat as if shell shocked. And then they rose as one and applauded as they never did before. They knew they had just observed an incredible scene of human artistry and ingenuity. Perlman dabbed the sweat from his brow and in a quiet, pensive tone said, “You know, sometimes it is the artist’s task to find out how much beautiful music you can still make with what you have left.”

Hakarat hatov means searching out the good.  Training ourselves to be grateful means recognizing the good we already have. We are all deficient in something, and so the question challenges us all: Will we create something of beauty out of what we do have, although it may be imperfect?  Or we will concentrate on what we are lacking and allow ourselves to wallow in self-pity?

Chanukah is about l’hodot u’lehallel, not just for the miracles of war, but for all the miracles that He does for us every day. We say in davening, “Kol haneshama tehalel kah.” The commentators explain, “Al kol neshima,” for every breath of life we must thank Hashem.

The beauty of Chanukah is making that gratitude a part of our life.