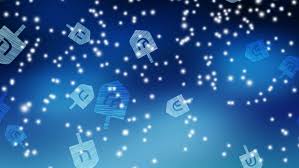 In October 1940, Rabbi Chaim Stein z’tzl led a group of students from Telshe on a daring escape from war ravaged Europe on the Trans-Siberian Railroad. The train moved excruciating slow, stopping at every town and village along the way. But the students absorbed in Torah and prayer hardly noticed the days slipping away. One day someone announced that Chanukah would begin that night. How would they fulfill the mitzvah of lighting Chanukah candles?

The students pondered the problem hoping to find a solution. One student tore a small piece of cloth from his shirt and formed a wick from the threads. Another student produced a metal can to serve as the menorah. But where would they find oil? Then suddenly one student had a brainstorm. At the next stop he jumped off the train and put a cup under a small venting pipe to catch the tiny drops of engine oil that continually dripped out. When the train started up again, he quickly jumped back on holding the precious liquid. As soon as the train stopped again, he went back to collect more drops. At every stop, the cup filled with more oil until there was enough to kindle a small flame. Words cannot describe the joy that filled the air that night as the students merited to fulfill the mitzvah of kindling the menorah.

The arduous task of gathering the oil continued every day throughout the holiday. One night the weather turned icy cold. The temperature on the train dropped below zero. One student volunteered to try and gather some oil. He climbed through the snow to the engine but not a drop of oil appeared from the frozen pipes. Sadly, he returned to the train emptyhanded.

The time to light the candles came but there was no way to fulfill the mitzvah. Despondency is not the Jewish way. If they couldn’t kindle the lights with oil, the students decided, they would do it in their hearts instead. They sat up all night exchanging words of Torah. Halacha, ethics, and mystical interpretations of Chanukah swirled through the air.

Suddenly, just before daybreak, a burly Russian man filled the entranceway of their carriage.

The students quickly took the candle, recited the blessing, and kindled it.  Moments later dawn broke heralding a new day. They had succeeded in fulfilling the mitzvah with seconds to spare. They turned to thank the Russian but he had disappeared into thin air. They searched through the  train with no success. He couldn’t have alighted as there were no stops that day.

The dreidel appears like a top, with a pointed tip on which it spins. Spinning the dreidel makes its square contours seemingly disappear revealing a round top. In a symbolic way, the dreidel’s square face signifies the rational logic of the ancient Greeks, over whom the Maccabbee’s triumphed. The Maccabbee’s believed that it is the infinite Almighty who has no limits who brings all of reality into being. The round contours of the dreidel as it twirls around corresponds to the world of the Divine, which expresses itself as miracles —events that cannot be comprehended by the rational mind.

When a miracle happens, we can envision Hashem playing with His big cosmic dreidel. Hashem spins His inner light—His revealed finite nature as we see it—obscuring the rigid rational rules that govern reality and revealing His inner infinite nature.

One might say that Hashem is constantly turning miracles into nature.

Chanukah and the Dreidel by Rabbi Ginsburgh