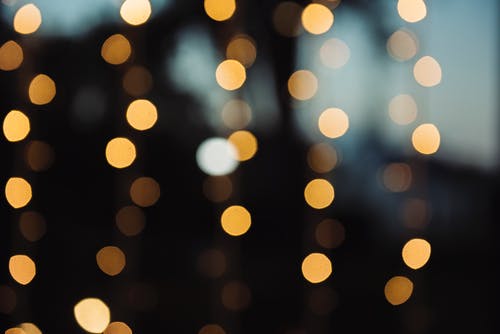 A group of chassidim once set out on a journey to the Chozeh of Lublin. Yankele, the wagon driver listened closely as the chassidim sitting in his wagon, told wondrous stories of the Chozeh and the miracles he had wrought.

When they reached Lublin, Yankele asked the chassidim to take a kvitl (request for prayer) for him to the Rebbe. They happily obliged as they set off for the court of the Rebbe.  Upon entering the Chozeh’s chamber each of the chassidim presented their requests and received the Chozeh’s warm blessing in return. Finally they handed the wagon driver’s kvitl to the Rebbe.

The Chozeh took the kvitl and clasped it in his hands for several moments. Then he exclaimed, “This person is a very great man. His name is shining with a very special light.”

One of the chassidim hastened to inform the Rebbe that the kvitl was from a simple wagon driver. “He may be a good person but he is not a holy man.”

The Chozeh remained unconvinced, “There is a great light radiating from the soul of this simple wagon driver. Go search for him and you will understand why.”

The chassidim immediately left the Chozeh’s court and began looking for the wagon driver.  They heard strains of lively music coming from the street and as they got closer it seemed that the entire town had turned out for a wedding. The people were dancing and singing and rejoicing with the bride and groom but happiest of all was the wagon driver whose face shone with ethereal joy.

The chassidim approached the wagon driver and asked him if he was related to the bride or groom.

“No,” said the wagon driver.

“So, why are you so happy?” asked the chassidim.

The wagon driver began to relate what happened. I went for a walk through the town and I noticed a large crowd gathering for a wedding. But instead of the joy that should have been palpable, a pallor of sadness marred the air. The bride-an older woman-stood in a corner of the square weeping, while the groom —an older bachelor — stood off to the other side gesticulating angrily.

The wagon driver approached one of the townspeople and asked what had happened.

“The bride is poverty stricken. She couldn’t offer a dowry, but she undertook to give the groom a tallit (prayer shawl). However, she couldn’t raise the money for that either. So now the groom wants to cancel the wedding because she didn’t keep her word.”

The wagon driver’s heart filled with mercy for the poor bride. He immediately took off his hat and removed everything he had earned over the past few days from its secret hiding place. He rushed to purchase the prayer shawl and sent it over to the groom. Then he vanished into the crowd.

“When the dancing began, an otherworldly joy overtook over me,” the wagon driver said. “When does a simple Jew like me get an opportunity to perform such an extraordinary mitzvah? That is why I was so incredibly happy.”

When the chassidim related the story to the Chozeh he exclaimed, “Yes, that is the light that I saw.  The great mitzvah, particularly the joy with which he fulfilled it, caused his soul to fill the Heavens with a wondrous light.”

The Bnei Yissachar explains that the word  Kislev can be read as kas, lamed, vav, the concealed 36. This alludes to the hidden thirty six tzaddikim who live in every generation. It also refers to the first 36 hours in which a great light shone in the world. Kislev’s essence is about the ohr haganuz, the hidden light. The Gemara in Sanhedrin says, “A person is commanded to say, “The world was created for me.” Within each person there are 36 hidden lights and there is a potential within us to be a lamed vavnik, a hidden tzaddik. It is up to us to reveal the holiness within ourselves and other people.

In Parshat Noach, we read how the dove came back to the ark with an olive branch. Hashem says just as the dove brought light to the world, the Jews will bring light to the world with the olive oil. This refers to the menorah in the beit hamikdash and Chanuka. We are the yonah. Our avoda (mission) in the month of Kislev is to reveal the points of righteousness in ourselves and others.

The sum total of lights on Chanukah is 36 which is what the holiday is about. The stories we tell about lamed vavniks who appeared so coarse and uncouth aren’t just folklore. Within each of us is concealed the power of Kislev, 36 hidden lights waiting to be revealed.

The Light In Lublin by L. Astaire