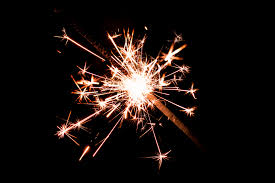 About a century ago, a poor wandering Rabbi traveled to Milan, Italy on a fundraising mission.  As he walked along the city streets he met a wealthy Jew who invited him to his home for Shabbos. That evening as the Rabbi sat enjoying the meal his interest was piqued by a small broken glass flask which seemed very out of place amid the elegant silverware and crystal bowls on display in the cabinet. The wealthy man followed his gaze and began to tell his story.

“I was born in Amsterdam and traveled to Italy at the young age of eighteen to assist my elderly grandfather in his business. When my grandfather died, my parents asked me to sell the enterprise and come back to Amsterdam. However by that time the business had become so successful that I decided to stay in Italy. I became so engrossed in my work that my Jewish observance slowly fell to the wayside. One day I forgot to daven Shachrit. Then it was Mincha. Bit by bit I found myself letting go of all the mitzvot. I married and had children. Although I remembered that I was Jewish we led a totally secular lifestyle.

I asked the boy what happened and he told me that although his father was very poor he had set aside a few precious coins to buy a flask of oil for Chanukah. His father gave him the money and cautioned him to come straight home with the precious oil. But he didn’t listen and stopped to play with his friends. The flask fell and broke and now all the oil was gone.

I comforted the boy and bought him a new flask of oil. But as I headed home his refrain rang in my ears, ‘What will I tell my father?’ What would I tell my Father in heaven? How would I face Him on the final day of judgement?

I retraced my steps and picked up the broken flask. That night, my wife and children watched in wonderment, as I kindled a Chanukah candle. The following evening, I lit two, and with each passing night, I lit one more. I watched the flames as they danced and glowed and I remembered my parents’ home in Amsterdam. I had drifted far away.”

The wealthy man finished his story, “That Chanukah was the beginning of my return to Judaism. Eventually, with the understanding of my wife, we began educating our children the way we were brought up. Our road back had started with that broken flask and the words of that boy, ‘What will I tell my father?’ That is why I keep that flask as a treasured memento of that which changed my life.”

In Tehilim it says, “Hashem’s candle is the human soul, it searches man’s inner chambers.” Our souls never change, though our awareness may lessen. There is a part within us that stays eternally lit no matter how hidden it may be. The word ner (candle) is composed of the initial letters of the words nefesh and ruach, soul and spirit. Nefesh is related to nofesh, vacation. There is an aspect of the soul that rests within the walls of the body that we can only get at with the senses. When we hear or see something that inspires us, our nefesh is momentarily awakened. Above that is ruach (wind), the part of the soul that cannot be put it into words, the part that moves us and brings us to tears.

When we do a mitzvah with love and fear using our 248 limbs, the body itself becomes a candle illuminating the hidden Mishkan within us. At the time of the Chanukah story as the Greeks launched their spiritual attack against Judaism, we lost some of the ahavah and yirah, and with that the ability to be who we could be. But we still had the will to grow in Hashem’s ways and in this merit we found the pure cruse of oil.

This is the miracle of Chanukah. Although our inner ner may be buried under layers of dross and sin, if we have the passion and desire to grow, Hashem will give us the ability to find our true selves.